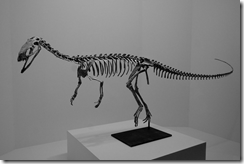 Thanks to the inimitable Adam Reece for passing on this wonderful bit of satire from the Wall Street Journal.

The Obama administration has come under intense criticism for replacing the term “war on terror” with the emaciated euphemism “overseas contingency operations,” and for referring to individual acts of terror as “man-caused disasters.”

This semi-official attempt to disassociate the administration from the fierce rhetoric favored by George W. Bush and Dick Cheney has enraged Americans on both the right and left. Many feel that such vaporous bureaucratese is a self-emasculating action that plunges us into an Orwellian world where words have no emotional connection with the horrors they purport to describe.

Yet, if the intention of the Obama administration is to tone down the confrontational rhetoric being used by our enemies, the effort is already reaping results. This week, in a pronounced shift from its usual theatrical style, the Taliban announced that it will no longer refer to its favorite method of murder as “beheadings,” but will henceforth employ the expression “cephalic attrition.” “Flayings” — a barbarously exotic style of execution that has been popular in this part of the world since before the time of Alexander — will now be described as “unsolicited epidermal reconfigurations.” In a similar vein, lopping off captives’ arms will now be referred to as “appendage furloughing,” while public floggings of teenaged girls will from here on out be spoken of as “metajudicial interfacing” . . . (continue reading)

Feel free to suggest your own new euphemisms in the comments.  This could be fun.