This is an older debate, but Quodlibeta offers some good commentary on Spong’s (erroneous) use of the genre of midrash.

I recently listened to a debate between William Lane Craig and John Shelby Spong on the historical Jesus (this was an actual debate, unlike the presentation and response Craig had with Dennett). You can listen to it here. Craig argued that Spong is so insulated that he doesn’t know what scholars outside of his small circle actually say. He points out that a survey of NT scholarship of the last few decades indicates that three-fourths of the scholars writing on the subject accept the historicity of Jesus’ empty tomb, and almost universally accept his post-mortem appearances as historically demonstrable. Moreover, most scholars today recognize that the four gospels are written as historical writing, specifically in the genre of ancient biography — not myth, not legend, not allegory, not midrash (as Spong claims). Spong seems genuinely puzzled by this. It reminds me of something N. T. Wright wrote of Spong in Who Was Jesus?

What is central is that Spong apparently does not know what ‘midrash’ actually is. The ‘genre’ of writing to which he makes such confident appeal is nothing at all like he says it is. There is such a thing as ‘midrash’; scholars have been studying it, discussing it, and analysing it, for years. Spong seems to be unaware of the most basic results of this study. He has grabbed the word out of the air, much as Barbara Thiering grabbed the idea of ‘pesher’ exegesis, and to much the same effect. He misunderstands the method itself, and uses this bent tool to make the gospels mean what he wants instead of what they say.
…
We may briefly indicate the ways in which genuine ‘midrash’ differs drastically from anything that we find in the gospels.
First, midrash proper consists of a commentary on an actual biblical text. It is not simply a fanciful retelling, but a careful discussion in which the original text itself remains clearly in focus. It is obvious that the gospels do not read in any way like this. (Continue)

These are some of the most popular posts at Cloud of Witnesses in 2009.

Thanks to everyone who has read, commented, subscribed, or just stopped by!  I look forward to continuing in 2010.

May God richly bless you in the New Year!

As the apostle Paul declared without hesitation, if Christ was not raised from the dead, Christianity is a deception. If Christ was not raised, His predictions of returning to life (Mark 8:31; 9:31; Matthew 27:63; John 2:18-22) are false, the preaching of the apostles (e.g., Acts 3:11-26) is an illusion, and every Christian’s hope from the first century until today is in vain. Thus, the truth of the resurrection is indispensable to the truth of Christianity, and it is the historical status of this event that Gary Habermas and Antony Flew spar over in Did the Resurrection Happen?

For those unfamiliar with the participants, Dr. Gary Habermas is a professor of philosophy at Liberty University and a leading expert on the resurrection, while Antony Flew was, until recently, the most renowned atheist philosopher of the twentieth century. In 2004, Flew declared that he had abandoned atheism for belief in an “Aristotelian God,” and now considers himself a deist. The present debate, however, took place one year before Flew experienced this change of mind.

The book is divided into three parts. The first part is the transcript of what will likely be the last debate between Habermas and Flew, which took place in January 2003 at Cal Poly, San Luis Obispo. The transcript also includes the Q&A session that followed the debate.

Part two contains two articles that were originally published in the journal Philosophia Christi: An interview with Antony Flew conducted by Gary Habermas in 2004 that focuses on Flew’s conversion to deism, followed by Habermas’s review of Flew’s book on the same subject entitled There is a God: How the World’s Most Notorious Atheist Changed His Mind.

In part three, editor David Baggett, professor of philosophy at Liberty University, assesses the discussion, responds to several skeptical challenges to the resurrection, and explains why he believes Flew should be more open to the evidence for the resurrection than he currently appears to be. He also includes an appendix explaining how Bayes’s theorem can be used to calculate one’s view of the probability that the resurrection occurred.

As Baggett notes in the introduction, this is actually the third time that Flew and Habermas have debated the historicity of the resurrection. All three debates have been published (the first here, the second here). The subtitle describes this meeting as a “conversation” rather than a debate, and the description fits. It’s evident from their interaction that Flew and Habermas are friends (as they have been for 25 years), and it’s interesting to note the change in tone from the first debate in 1985, which was more aggressive. In this case, the discussion is civil and respectful, though both are clear about the points they disagree on.

It’s clear from the debate that Habermas has a masterful grasp of the historical evidence for the resurrection, and Flew seems to be impressed by the cumulative case. In fact, in There is a God Flew admits that “the resurrection is more impressive than any by the religious competition” (p. 185; cited by Baggett, p. 155). Yet, he still retains a strong Humean bent, and also claims that “the occurrence of miracles cannot be known from historical evidence, and this discredits the claim that the resurrection can be known as a fact of history” (p. 186; Ibid.). While claiming that he could be persuaded, in principle, that the resurrection happened, it would take “overwhelming confirmation” since such an event “seems to me so wildly inconsistent with everything else that happens in the universe” (p. 45). At the same time, Flew is willing to concede that belief in the resurrection is rational for Christians, who already believe in a “transcendent God” (p. 51).

In his review of the debate, Baggett makes the point that now that Flew does believe in a transcendent God, he should be much more open to the evidence of the resurrection in light of this new background information. However, in addition to his Humean concerns, Flew is also greatly troubled by the problem of evil and has considerable reservations about the doctrine of hell and human freedom in Christianity (in light of biblical texts that teach predestination) (p. 165).

Did the Resurrection Happen will prove beneficial to anyone looking for a well-reasoned and up-to-date defense of the resurrection (covering both historical and philosophical issues) and also provides a fascinating glimpse into Antony Flew’s transformation from an incorrigible atheist to a believer in God, who still struggles with God’s intervention in the world and the doctrinal claims of Christianity.

Many thanks to Adrianna at InterVarsity Press for this review copy.

Michael Jensen at The Blogging Parson shares a helpful list of good books on these topics, especially on the cross and Jesus’ atonement.

Every evangelical theological student (that means you!) MUST read J.I. Packer’s seminal article ‘What did the Cross Achieve – The Logic of Penal Substitution’. You can find it online at http://www.the-highway.com/cross_Packer.html and in other places too. The article is gold not only for what Packer says about the cross, but for what he says about theological method.

Closely followed in this are two great evangelical works – The Cross of Christ by John Stott, and The Death of Christ by James Denney. Pierced for our Transgressions, the recent book by Ovey, Jeffers and Sach, is worth a read, though it has its limitations (very minimal reference to the gospels, for example). For a better defence of penal substitution, Steven Holmes’ The Wondrous Cross is the benchmark in my view. There is also Paul Molnar’s book Incarnation and Resurrection – I haven’t read it, but it looks good! :-)    (Continue)

The lecture “The Resurrection Evidence that Changed a Generation of Critical Scholars” was given at the 2009 European Leadership Forum.  The audio is available on iTunes here or for streaming online here.

The forum also has many good lectures available from past meetings here (choose the menu under “Quick Access”). 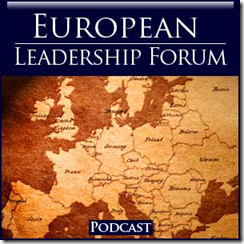 Russ at Imago Christi gives a short review of Pinchas Lapide’s book The Resurrection of Jesus: A Jewish Perspective. He highlights the fact that Lapide is an Orthodox Jew and New Testament scholar who believes in Jesus’ resurrection based solely on the historical evidence.

An a priori proposition can be known to be true or false without reference to the evidence of experience, while the truth or falsity of an a posteriori proposition depends upon such evidence.

Examples of propositions commonly held to be known a priori include:

On the other hand, a proposition such as “some bachelors are very happy” can only be decided as true or false a posteriori – as a result of empirical investigation.

Ontological arguments for God’s existence are a priori, while an argument, for example, for Jesus’ resurrection from the dead is a posteriori.