“Critical realism affirms that objects exist independently of our thoughts about them (realism) and asserts that human knowledge of reality is a progressive dialogue between knower and known (critical).  Critical realists argue that in human perception some qualities or properties accurately represent external objects while some sensory data do not accurately represent reality.  Thus critical realists locate their position between direct realism, which takes the immediate objects of perception to be external objects, and antirealism, which denies that the human mind can know anything external to itself.

In philosophy of science, critical realism upholds the real existence of the entities and processes that are investigated and endorses scientific method as a form of rationality that is appropriate for confirming theories (and thus generating knowledge) about a real world that exists independently of the human mind.” [. . . ]

— Michael L. Peterson in A Science and Religion Primer, 73. 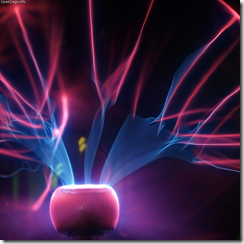 Introspection, as the term is used in contemporary philosophy of mind, is a means of learning about one’s own currently ongoing, or perhaps very recently past, mental states or processes. You can, of course, learn about your own mind in the same way you learn about others’ minds—by reading psychology texts, by observing facial expressions (in a mirror), by examining readouts of brain activity, by noting patterns of past behavior—but it’s generally thought that you can also learn about your mind introspectively, in a way that no one else can. But what exactly is introspection? No simple characterization is widely accepted. Although introspection must be a process that yields knowledge only of one’s own current mental states, more than one type of process fits this characterization.

Introspection is also central to philosophy of mind, both as a process worth study in its own right and as a court of appeal for other claims about the mind. Philosophers of mind offer a variety of theories of the nature of introspection; and philosophical claims about consciousness, emotion, free will, personal identity, thought, belief, imagery, perception, and other mental phenomena are often thought to have introspective consequences or to be susceptible to introspective verification. For similar reasons, empirical psychologists too have discussed the accuracy of introspective judgments and the role of introspection in the science of the mind. (Continue article)

Randal Rauser, a professor of theology at Taylor Seminary, Edmonton, Canada, is writing some good articles these days for The Christian Post.  His article today is entitled “Is Faith the Product of an Irrational Mind?”  He wisely points out that every area of life requires a faith commitment – even the practice of science, which presupposes the reliability of sense perception, although sense perception can’t be proven reliable in any non-circular way.

The result is that we must trust our sense perception. We must have faith in our experience of the world. This is striking indeed, for it means that our fundamental engagement with the world all the way from an infant grappling with colored blocks to a nuclear physicist studying the latest test results, is predicated on faith.

Although he has contributed to other areas of philosophy, his main interests lie in the areas of epistemology and philosophy of religion.  His work on epistemic justification has been particularly influential, and he has published extensive discussions of religious language.

In Perceiving God (1991), these two interests come together in a detailed account of the epistemology of religious experience.  Alston argues that religious experiences which are taken by their subjects to be direct non-sensory experiences of God are perceptual in their character because they involve a presentation or appearance to the subject of something that the subject identifies as God.

He defends the view that such mystical perception is a source of prima facie justified beliefs about divine manifestations by arguing for the practical rationality of engaging in a belief forming practice that involves reliance on mystical perception. (by Philip L. Quinn in The Oxford Companion to Philosophy [1995], 22.)

Together with other philosophers (Alvin Plantinga, Nicholas Wolterstorff, Robert Adams) Alston was involved in setting up the philosophy journal Faith and philosophy and the Society of Christian Philosophers. Alston is a past president of the American Philosophical Association and was one of the core figures in the late 20th century revival of the philosophy of religion. (via Wikipedia)