Some fascinating work here on Intelligent Design by Peter Williams, from the EPS blog.

Allow me to draw attention to this paper recently published on the EPS website:

Intelligent design theory claims that 1) empirical evidence warrants 2) a scientific design inference using 3) reliable design detection criteria. Philosophia Christi published my paper “The Design Inference from Specified Complexity Defended by Scholars Outside the Intelligent Design Movement: A Critical Review” (Philosophia Christi, Vol 9, Number 2), which defended the third of these claims by reviewing the work atheists and theistic evolutionists. This paper defends the second of these claims, likewise by reviewing work by agnostics and atheists.

Hence this paper rounds off a two-part defence of the philosophical elements of Intelligent Design Theory (claims 2 & 3), and does so in two phases. Phase one focuses upon the growing acceptance of Phillip E. Johnsons’ analysis of the role played by methodological naturalism in buttressing Darwinism, while phase two focuses upon Thomas Nagel’s positive interaction with Michael J. Behe’s argument in The Edge of Evolution (Free Press, 2008). I argue that Nagel’s reticence about embracing ID is philosophically inconsistent.

Joe Gorra of the Evangelical Philosophical Society gives a preview of the forthcoming issue of Philosophia Christi.  If you’re not a member of EPS and don’t have a subscription, you can find the journal at many university and college libraries.

We are in production for the very next issue of Philosophia Christi.
The Winter 2009 issue features a unique and stimulating discussion on “religious pluralism” with exceptional contributions by Paul Moser, Keith Yandell, and Paul Knitter. In addition to this lead discussion, the very next issue will showcase a unique Christian analysis of dispositions, capacities, and powers, notable work on trinitarian subordinationism, the preferential nature of divine love, and several other creative articles, notes and book reviews about a Christian philosophy of work, intelligent design, secularism’s capacity to change conditions for religious belief, body-soul dualism, and several more important topics! 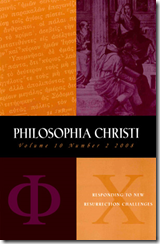 I’ve written a guest post for the excellent blog of the Harvard Icthus Journal, the Fish Tank, on the renaissance in Christian philosophy over the past forty years.  Please check it out and share your comments or questions there.  Here’s the intro:

The last forty years have witnessed a renaissance in philosophy done by Christians and applied to important topics in theology and religion.  One reason this is remarkable is that Christian philosophy of religion had nearly been vanquished in the decades between 1920 and 1960, due to the dominance in academic philosophy of the movement known as logical positivism.

This movement and its related “verification principle” insisted that only statements that were either true by definition (all bachelors are unmarried males) or empirically verifiable (helium is lighter than air) could be considered meaningful.  This meant that theological beliefs like “God is love” or “Jesus is Lord” (which couldn’t be empirically verified) were literally without meaning—something akin to Lewis Carroll’s “Jabberwocky.”  Thus philosophical work on religious topics was marginalized and unable to gain a hearing in journals, books, or academic conferences. (continue) 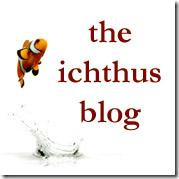 Joe Gorra at the Evangelical Philosophical Society blog gives a sneak peek of the next issue of the Philosophia Christi journal, which is due out this summer.  (If you’re not a member of EPS or don’t have a subscription, many university libraries subscribe to the journal.)  This issue features a symposium on the question, “Did God mandate genocide” in the Old Testament.  I’m sure the debate will be lively.

This discussion was originally prompted by Copan’s Philosophia Christi 10:1 (Summer 2008) article, “Is Yahweh a Moral Monster? The New Atheists and Old Testament Ethics.”

Here is a snapshot of each of the contributions in 11:1 (Summer 2009).
Subscribe today!

Did God Command Genocide? A Challenge to the Biblical Inerrantist
by Wesley Morriston

Abstract: Thoughtful Christians who hold the Old Testament in high regard must at some point come to terms with those passages in which God is said to command what appear (to us) to be moral atrocities. In the present paper, I argue that the genocide passages in the Old Testament provide us with a strong prima facie reason to reject biblical inerrancy—that in the absence of better reasons for thinking that the Bible is inerrant, a Christian should conclude that God did not in fact command genocide. I shall also consider and reject the attempts of two prominent Christian philosophers to show that God had morally sufficient reasons for commanding the Israelites to engage in genocidal attacks against foreign peoples.

“Let Nothing that Breathes Remain Alive”: On the Problem of Divinely Commanded Genocide
by Randal Rauser

Abstract: In this essay I argue that God did not command the Canaanite genocide. I begin by critiquing Paul Copan’s defense of Canaanite genocide. Next, I develop four counter-arguments. First, we know intuitively that it is always wrong to bludgeon babies. Second, even if killing babies were morally praiseworthy, the soul-destroying effect these actions would have on the perpetrators would constitute a moral atrocity. Third, I develop an undercutting defeater to the claim that Yahweh commanded genocide. Finally, I argue that we ought to repudiate divinely commanded genocide given the justification this provides for ongoing moral atrocities.

Atheism and the Argument from Harm by Joseph Buijs

Abstract: One line of argument commonly lodged against religion is that it is usually or alway sharmful, individually and socially, and for that reason should be abolished from our cultural landscape. I consider two variations of the argument: one that appeals to direct harm caused by religion and another that appeals to indirect harm on the basis of attitudes instilled by religion. Both versions, I contend, are seriously flawed. Hence, this so-called harm argument fails, both as a critique of theism and as a defense of atheism.

We Don’t Hate Sin So We Don’t Understand What Happened to the Canaanites: An Addendum to “Divine Genocide” Arguments

by Clay Jones
Abstract: Skeptics challenge God’s fairness for ordering Israel to destroy the Canaanites, but a close look at the horror of Canaanite sinfulness, the corruptive and seductive power of their sin as seen in the Canaanization of Israel, and God’s subsequently instituting Israel’s own destruction because of Israel’s committing Canaanite sin reveals that God was just in His ordering the Canaanite’s destruction. But Western culture’s embrace of “Canaanite sin” inoculates it against the seriousness of that sin and so renders it incapable of responding to Canaanite sin with the appropriate moral outrage.

by Paul Copan
Abstract: The divine command to kill the Canaanites is the most problematic of all Old Testament ethical issues. This article responds to challenges raised by Wes Morriston and Randal Rauser. It argues that biblical and extrabiblical evidence suggests that the Canaanites who were killed were combatants rather than noncombatants (“Scenario 1”) and that, given the profound moral corruption of Canaan, this divinely-directed act was just. Even if it turns out that noncombatants were directly targeted (“Scenario 2”), the overarching Old Testament narrative is directed toward the salvation of all nations—including the Canaanites.